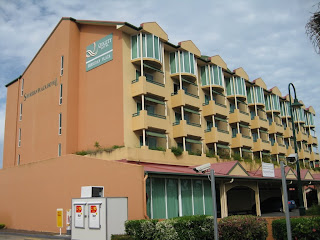 I had seen this hotel on Sheridan Street in Cairns during a recent trip up North and thought that I would give it a try as a "Plane Spotting Hotel". There are other hotels on Sheridan Street, in fact I stayed in another further towards Cairns City some years earlier, however this hotel is the closest major Cairns Hotel to Cairns Airport – about 2-3km to the terminal. And it’s also only 2-3km to the Cairns Central shopping centre.

This hotel is advertised as “affordable luxury”, and I would agree. This modern, 4 ½ star, boutique style Hotel is quite reasonably priced for a short-term stay. Our price also included a full buffet breakfast each morning in the main downstairs bar/restaurant.

The hotel has seen some recent refurbishments and features three types of rooms from deluxe (as we had shown below) to expansive suites. 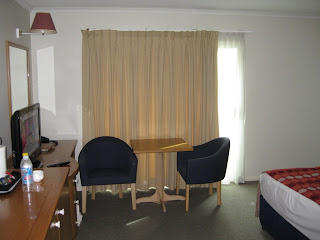 What I like the best though, was that about half of the 74 rooms in the hotel have a view onto Sheridan Street from a private balcony (as we had). This provides almost unobstructed views to the some of the flight paths to and from the airport. The preferred runway for plane spotting from the hotel is Runway 33 in Cairns, when literally all aircraft pass by the front of the hotel on short finals for landing. I have found this runway is used a lot in the tropical summer months of December and January. Some pictures are shown below. 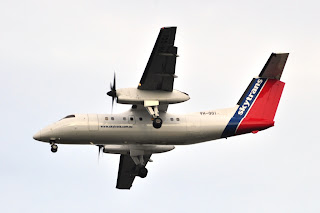 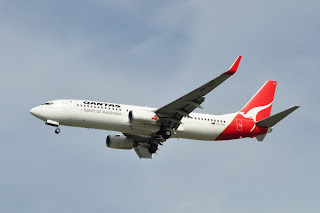 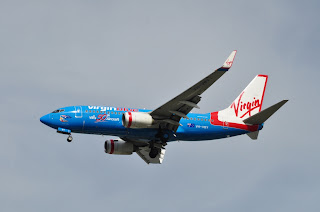 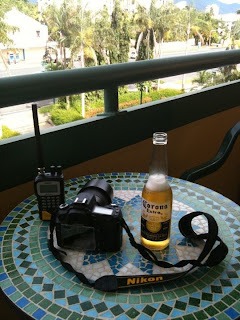 Should Runway 15 be in use, spotters can still see all departing traffic, although some of the smaller aircraft will make an early left turn before they actually reach the hotel as shown below. 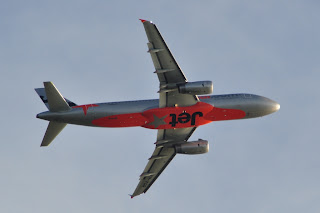 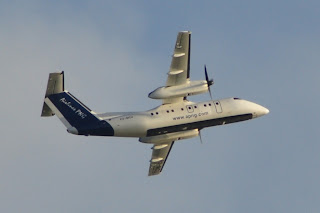 The hotel has superb facilities, with a mini-bar, fridge, and tea and coffee making facilities in the air-conditioned room. The hotel also has a gymnasium, outdoor pool, free Internet Kiosk, guest laundry, and free undercover parking. The hotel staff were always friendly, and the ladies at the check-in desk provided great assistance to us in booking tourist day trips to local attractions. 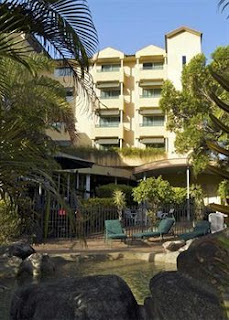 There is a service station next door to the hotel, and being on a busy street does provide a fairly high level of noise that has caused some negative reviews of this hotel. However, I would recommend the Quality Hotel Sheridan Plaza as a good choice to stay for the aviation enthusiast.
Posted by Damian F at 6:00 PM