The Metro Motel in on the main road through Rockhampton – the Bruce Highway (George Street) – and is around 3km from Rockhampton Airport, as well as being close to the CBD including major fast-food outlets, Rockhampton Base Hospital and major sporting facilities. 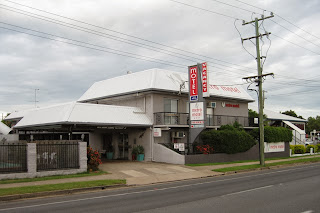 The Metro Motel was known for a long time as the Traveller’s Motor Inn – the entrance still bears this name – and since it has been rebranded, has gone through a few changes in owners, but still retains its same welcoming and comfortable feel. 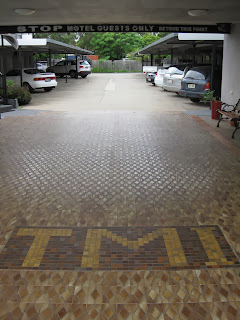 The Metro is generally a cheaper alternative to other nearby Motels, with a similar look and feel.

There are 28 rooms at the Metro that range from small standard rooms with one double bed, through to executive rooms with 2-3 beds, and deluxe rooms that are larger and feature a sitting area.  The rooms are starting to show some signs of age, but remain comfortable and clean.  Despite being on a main road, traffic noise is generally minimal – it’s there but not really a pain. 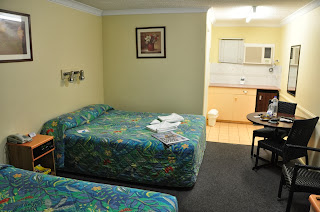 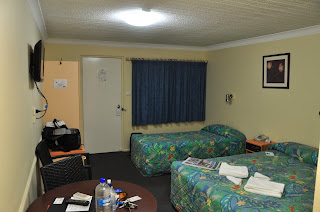 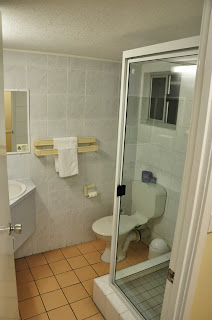 Each room contains air-conditioning, along with Austar cable-television, dataports and recently included Wireless Internet.  There is also laundry facilities.

Undercover parking is limited, however, during my last stay at the Metro, I noted that there is now some additional open-air parking at the rear of the Motel.  Additional trailer and/or truck parking is also available. 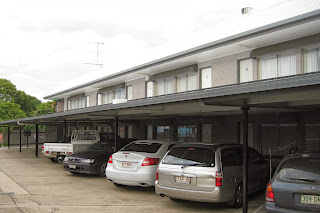 There is a pool at the Motel, and a Hamburger restaurant next door. 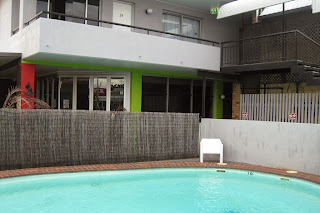 That said, the Metro is located in the ‘middle’ of several fast-food outlets including McDonalds, KFC, Red Rooster and Subway, as well being close to many other shops and food outlets. 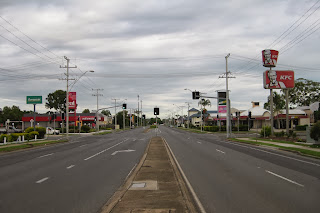 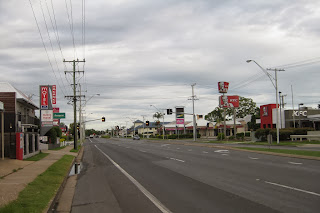 In all, the Metro is a great alternative for me to stay in Rockhampton when some other places I prefer have no rooms available.  The rooms are clean and comfortable, and reception staff are always very friendly and welcoming. 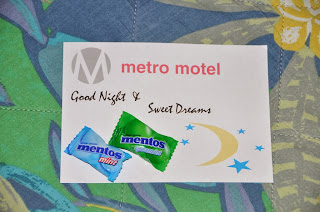