Being the school holidays, I headed off for yet another interstate plane spotting trip. Due to the lack of cheap and timely flights out of Proserpine / Whitsunday Coast Airport - a 30 minute drive from the in-laws – I decided to take a flight out of Mackay Airport – unfortunately, a one and three-quarter hour drive from the in-laws.

Alliance Airlines has been around since 2003, and grew out of the ashes of Flight West Airlines. Today, Alliance Airlines is one the largest fly-in fly-out (FIFO) and general charter operators in Australia. 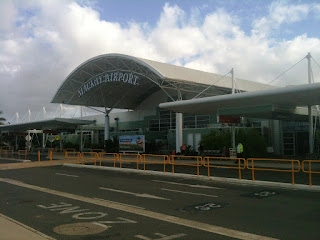 After a very early start, I arrived at a pretty quiet Mackay Airport. Left the car in the open-air carpark - there is also undercover parking – long term - which is good considering it is storm season! 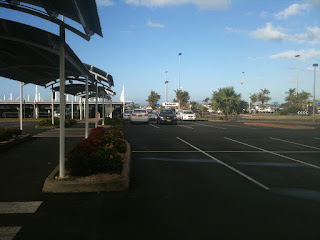 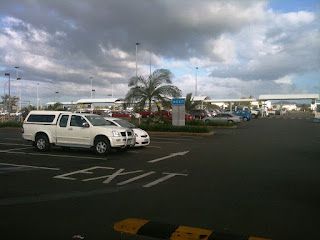 Through security to the redeveloped waiting area. There is a nice cafe and bar, as well as a “Relay” shop selling books, magazines, and other things such as clothes.

Last time I was at Mackay Airport, this new area had just opened up, and unfortunately the outdoor eating area/observation area hadn't reopened. Today it was open, and so I purchased some breakfast and a much needed coffee, and parked myself outside to wait to my plane to arrive.

This observation area has a similar problem to the area at Rockhampton Airport in that there is a lot of glass between the spotter and the aircraft - hence photography is limited - but there are spots along the fence-lines on the outside of the terminal at either end of the terminal building, with the best views near the freight sheds. 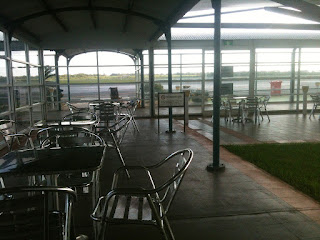 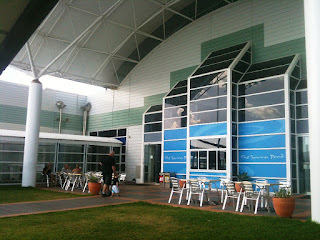 After enjoying breakfast and coffee, I went back inside and took a seat in the redeveloped sitting area. Again, this area wasn’t complete last time I was there, but now has a lot more seating – including table and chairs - as well as five passenger boarding gates. The area has, however lost its kiosk, and the upstairs waiting area was closed, as I suspect that this was to become part of the new Virgin Australia Premium Economy Lounge, which opened early in the new year. 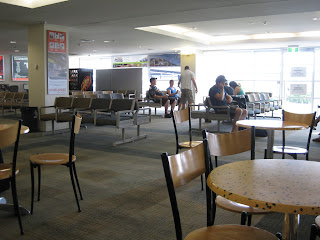 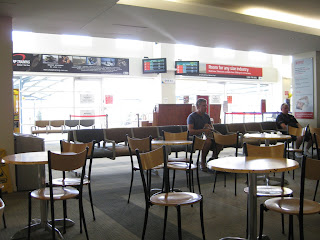 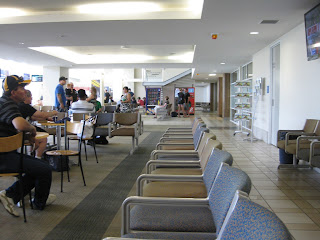 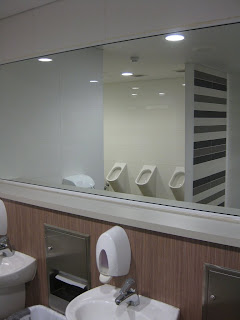 Alliance Fokker F-100 VH-XWR finally arrived to take us to Brisbane. VH-XWR is a fairly recent acquisition for Alliance, who have been taking delivery of quite a number of second-hand Fokker F-70 and F-100 aircraft from overseas.

Boarding commenced on time and soon after I took my seat at 11A, which is the first of two exit rows on the left side of the aircraft. 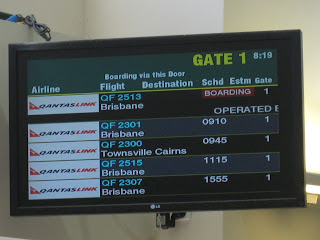 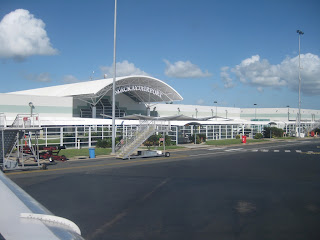 I noted that these aircraft are in a 2X3 configuration, and have comfy, though a little dated, leather-look seats. Inside the cabin there is also a clock at the front the plane which shows Eastern Standard Time - I believe this is a feature in every Alliance aircraft! 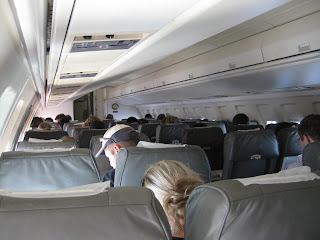 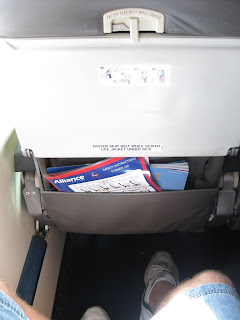 The front door was closed and the Tay engines were spooled up. Soon after, we taxiied away from the terminal pretty much right on time. A quick back-taxi down the runway had us soon taking off from Runway 14 for Brisbane.

Some nice views out the left side over Dalrymple Bay and Hay Point coal ship loading terminals, before a layer of cloud blocked the views for most of the flight. 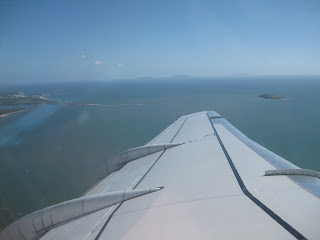 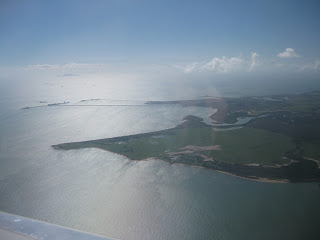 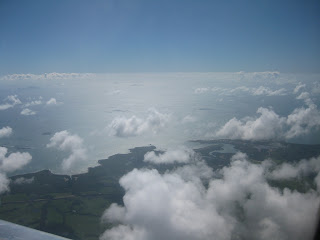 The seatbelt sign stayed on for about 20 minutes after we took off - the climb out was smooth though. Cabin service was then in full swing with a typical QantasLink snack breakfast pack distributed to each passenger, followed by tea/coffee and cold drinks. The breakfast pack had a nice scone and some butter, as well as something and yogurt. 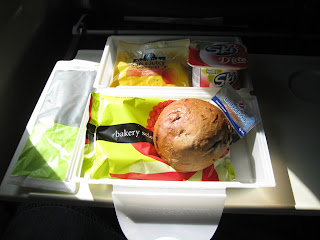 Rubbish was cleaned away giving us a chance to sit back and look at the inflight magazine. Some nice views of Rockhampton, but soon after the cloud outside had blocked the views again. 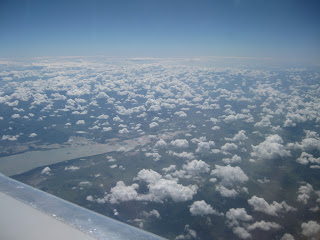 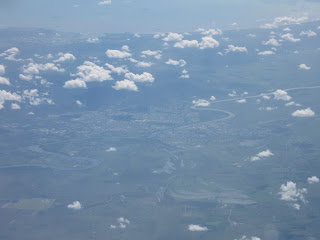 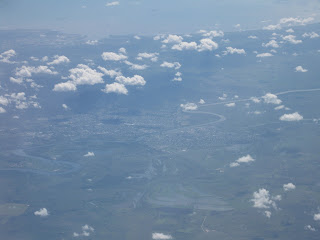 After about an hour, we commenced our descent into Brisbane. Descent was long and smooth with some nice views over the Sunshine Coast hinterland, Caboolture, and then Redcliffe. 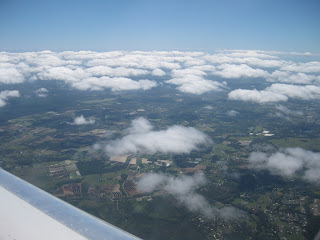 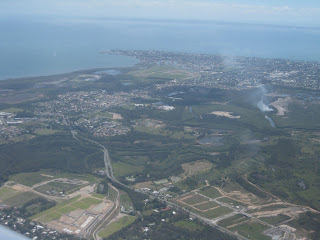 We made an approach and landing via the “Hornibrook Viaduct” and onto the shorter runway at Brisbane - Runway 14. 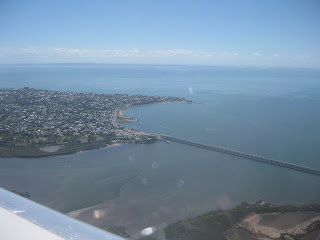 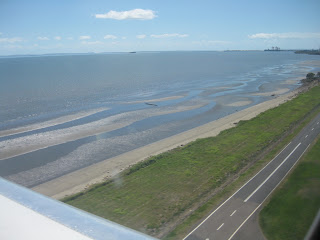 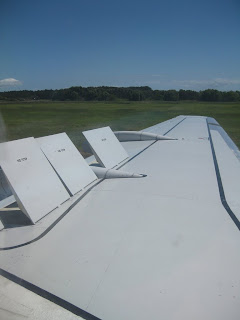 The one-hour and twenty minute flight had literally flown by! Although, the long taxi to our gate which was surprisingly at the recently opened centre finger area of the Brisbane Airport Domestic terminal. Out the front stairs onto the apron, and up the stairs at Gate 29 and into the terminal which is now looking quite nice! 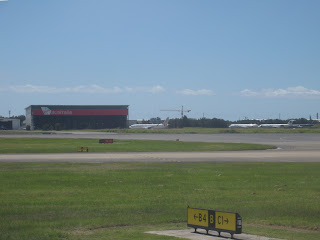 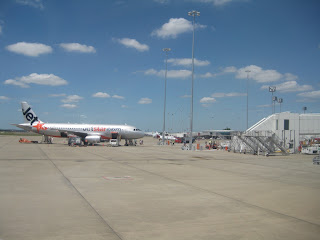 A long walk into the main terminal and off to the Qantas section to wait for my next flight.

In all, it was a nice flight with some lovey service from Alliance Airlines. The flight was clearly branded as a QantasLink flight, including the in-flight morning snack which was served in QantasLink packaging. The flight attendants and their cabin service was purely Alliance - and it was very professional and very friendly. I doubt that Alliance will start flying commercially themselves in the near future, so it was a good opportunity to fly with a company that I may not get the chance to do with again.
Posted by Damian F at 10:53 AM No comments: