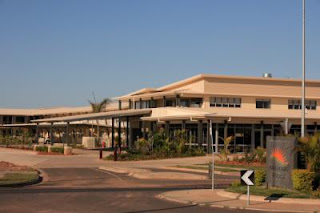 I had stayed at this motel previously, and was quite impressed, so recently decided to book both my wife and I into a ‘standard room’ for the night.

The Mayfair Motel is independently operated and is one of the newest places in Emerald. It is fantastically located to the South of Emerald in the Mayfair Village Estate, a stone’s throw away from the Emerald Airport. In fact aircraft can be seen arriving and departing from the Airport!

The room where we stayed was luxurious and was quite big, with a queen sized bed, small LCD television with free cable-TV channels, sitting chair, plenty of storage and floor space, a minibar, and tea and coffee making facilities. 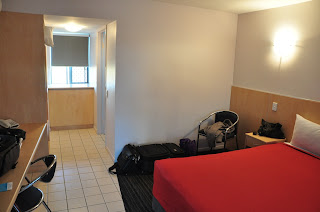 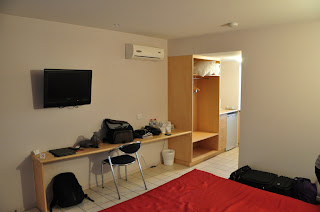 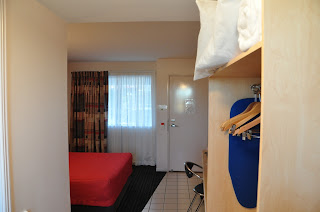 The bathroom is well appointed, and quite large. 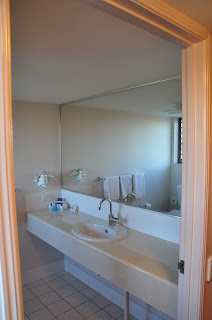 There are many other facilities on site, including an attractive pool area (shown below), BBQ facilities, and conference rooms (I have also attended work meetings here too!). The staff are always friendly and welcoming. 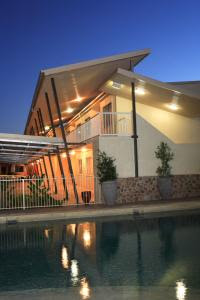 One of the major drawcards of the motel is the nearby Mayfair Village Tavern, where we enjoyed a fantastic meal – and at a much cheaper price than the motel’s onsite restaurant. The onsite restaurant, which offers both Australian and Thai meals, offers sit down breakfast, lunch and dinner, in a quiet relaxed environment, however in my opinion, the prices are a little expensive. Room service is also available.

One of the other nice touches for meals that is available, particularly for shift workers, are pre-packed breakfasts (with cereals, fruit, and drinks) and lunches (generally sandwiches and rolls).

I have stayed at most of the motels in Emerald now, and rate the Mayfair Motel quite highly. The only downside for me with the motel is the room rates, which are probably the most expensive in Emerald. The motel also suffers from the mining boom in Central Queensland, and like most accommodation places in the area, rooms are generally not available during the week.
Posted by Damian F at 8:25 PM No comments: 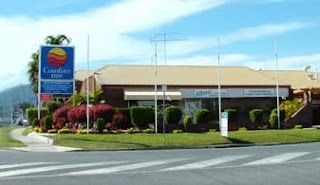 The Comfort Inn Rockhampton is not a luxurious motel, but it does provide the weary traveller or visitor to Rockhampton with a clean and very comfortable, and convenient place to stay.

The motel is located close to the centre of the city, on the corner of Albert and Alma Streets (on the Bruce Highway), and is a stone’s throw away from the Fitzroy River. It is located about 8km from the airport and is probably located in the middle of the main shopping and dining areas in North and South Rockhampton.

There are various levels of accommodation from the smaller (but still quite sizable) Standard Rooms, which feature two beds, TV with free cable TV channels, air-conditioning, and tea and coffee making facilities, to Deluxe and Spa Rooms which are slightly more roomy and also feature a CD-player, lounge, and a mini-bar. 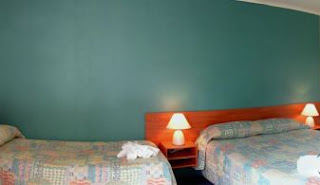 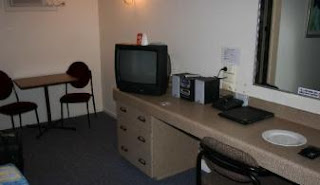 Albert's restaurant is also on site, although most times that I have stayed at the motel, it has been closed. Breakfast is available most mornings – including a full buffet breakfast on weekends. Limited room service is also available. A coin operated laundry, as well as a pleasant pool area with a BBQ, are also available at the motel for guests to use (as shown below). 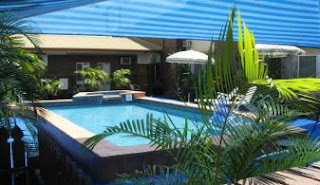 The motel has gone through some recent changes in ownership and management, and as a frequent visitor, it has been a little concerning that some minor cosmetic and maintenance issues have been appearing – for example, TVs or air-conditioning units that aren’t working properly, and shower and bathroom facilities that leak when they are used.

That said though, the rates for the levels of rooms are quite reasonable, and a little cheaper when compared to other nearby similarly rated motels. Overall, in my opinion, for a short or long stay, you won’t be disappointed by giving the Comfort Inn Rockhampton a try.
Posted by Damian F at 9:31 AM No comments: